Danny the Champion of the World

As I talked about in my review of Matilda, I’m currently on a bit of a Roald Dahl kick inspired by the upcoming 100 years since he was born this September. I already have a fair few of his books in my collection, so I picked another favourite of mine, “Danny the Champion of the World”. I used to have this book as an audiobook on cassette tape (which makes me sound unbelievably old) when I was a kid, and I listened to it regularly.

“Danny the Champion of the World” by Roald Dahl is about a young boy called Danny who lives with his father in a small, wooden Romani caravan. Danny’s mother died when he was very small, and his father raises him alone while working in his small petrol station and car workshop. They live very happily together and live a modest but idyllic life. When Danny is about 9 years old, he discovers that his father has a bit of a secret. Danny, who has always looked up to his father as a hero, finds an opportunity to be one himself. 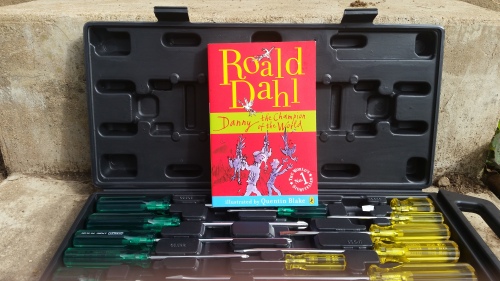 I always enjoyed Roald Dahl when I was a kid, but rereading his books as an adult I have a much greater appreciation for the positive messages woven into his stories. “Danny the Champion of the World” is an absolute stellar example of a good relationship between a father and a son. Without any ceremony whatsoever, Dahl depicts a father perfectly capable of raising a healthy, happy and well-balanced child. In particular I love the love, trust and mutual respect between Danny and his dad. His dad tells him stories, kisses him goodnight and uses affectionate language like “my darling” and “my love”. By the end of the story, Danny is 9 years old and he and his dad still hold hands and that family affection is celebrated rather than ridiculed and condescended. There are clear set rules, but for both father and son. Danny’s views are listened to and respected. Promises made are promises kept. Danny is the narrator and he frequently refers to his father as the best father ever, and I don’t think he’s wrong. Dahl’s books are very empowering to children. They teach kids that adults can sometimes be mean, and spiteful and wrong. They teach kids that hard work and cleverness often bring solutions to problems. They teach kids that their thoughts, feelings and ideas are important.

This book should be mandatory reading in all schools and is an absolute shining example of healthy male relationships.

One response to “Danny the Champion of the World”