One can never be part of too many book clubs. I’ve recently joined another one, and we just had our inaugural meeting with our inaugural book: “How Fiction Works” by James Wood. Although it wasn’t a book that I would have chosen (I find the idea of a book purporting to explain all fiction books a bit trite and unlikely), I bought myself a copy and gave it a go.

“How Fiction Works” by James Wood is a short non-fiction work that explores different elements of the fictional novel and, using examples of various classics, demonstrates how they can work well (or not so well) in practice. The book is broken up into chapters which are divided (seemingly arbitrarily) into numbered parts. In particular, Wood focuses on perspective, detail, character, language, dialogue and realism.

If I could only use two words to describe this book, they would be ‘pompously enthusiastic’. Wood is clearly very passionate about literature, and particularly towards the end of the book his rather insufferable tone eases up somewhat and he starts to share some interesting insights. However there are so many things about this book that fall very, very flat. First of all, this book should really have been titled “How European Fiction that was Mostly Written by Men Works”. Although at one point Wood pats himself on the back for reading so diversely, the list of books he refers to throughout the text paint a completely different picture. Of the 93 books he talks about, only 13 were written by 9 women. And yes, I do know that George Eliot was a woman.

Far, far worse was racial diversity. Out of 93 books, only 3 were written by non-Caucasian writers and none of those writers were women. The books he referred to were overwhelmingly European and American. Two were from South America, one was from Asia. The little Oceania book was by a woman, but she was a white New Zealander. 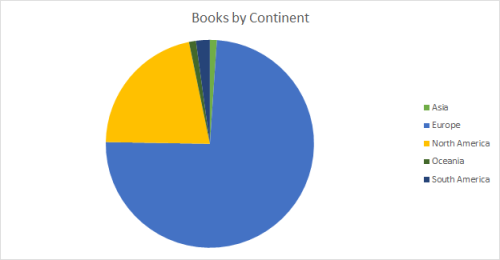 The problem with this is not only is James Wood a white man writing about white male books for white men. No, the problem is that Wood is writing a book about fiction and he has completely failed to take into account the incredibly rich, interesting, diverse and groundbreaking fiction that exists in the rest of the world. If he pulled his head out of the sand, his book could have been filled with amazing examples of narrative, realism, character and style. Instead, this is a boring whitewash with a self-congratulatory tone.

Which brings me to my next big criticism. Wood writes a smug little introduction explaining how his book is superior to other books about fiction because, unlike his predecessors, he has the ability to write a book for the “common” people (I’ll just let that little insight into Wood’s views on class hang for a second). However, only pages into this book it becomes abundantly clear that this is not a book for a layperson. Given the response at my book club (only one person had finished it by the day and it was declared resoundingly unreadable), this isn’t even a book for university educated and enthusiastic readers. No, the only person this book is for is James Wood.

My partner can always tell how I’m enjoying a book by how much laboured sighing I engage in. I was sighing constantly throughout this book. It was a struggle to read, I didn’t learn much and I was astounded at how narrow the focus was for a book that claimed to explain to the common person how fiction works.

One response to “How Fiction Works”