A Smile in One Eye, a Tear in the Other

I received a copy of this book from the author. 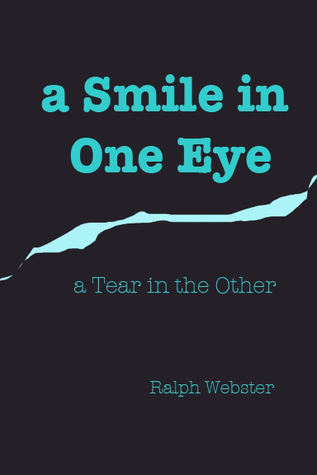 “A Smile in One Eye, a Tear in the Other” by Ralph Webster is a biography/autobiography about his father Jerry Webster, originally named Gerhard Wobser. The book is divided into two parts: Jerry’s recollections about the rise of Nazis during his childhood in what was then East Prussia, and his son Ralph’s observations about Jerry at the end of his life. Jerry was born in what is now Poland in 1922 to a reasonably well-to-do family. He had three much older sisters and was the treasured son of aging parents who at times felt isolated from his siblings due to the age difference. As anti-Jewish sentiment grows in the region, the Wobsers, who are all baptised Lutherans, find themselves targeted for a heritage mostly forgotten.

This book was written after Webster’s travels through Europe, witnessing first-hand the “refugee crisis“. Although I have been reading quite a few stories about the children of Holocaust survivors this year, one story that I did not know much about was the story of those who tried to leave early. Although in the early days of Nazi Germany, many Jews were permitted and even encouraged to leave, lots of countries (including Australia) were reluctant to take them. With dwindling resources due to increasingly discriminatory laws, the Wobser family had to make do and send Jerry unaccompanied to England and eventually flee to China. There are a lot of parallels that can be drawn between the reluctance of countries to take on refugees that took place then and is taking place now.

This story is written clearly with great detail, and I think captures the how slowly rights can be eroded perfectly. I liked the balance of past and present, and I think that Ralph’s own insights about his father worked well to provide a good sense of ending to a long life that had begun just before World War II. The only thing that is a bit difficult with this book is some of the earlier chapters about Jerry’s upbringing are a little repetitive, and he explains his family’s situation and structure several times over. While this helps to reiterate their situation in the beginning, it did slow the progress of the story at times.

A well-researched and well-considered book, this story is very relevant to our society today and shows that lessons can and should always be learnt from the past.

Tagged as a smile in one eye a tear in the other, book reviews, books, holocaust, ralph webster, world war ii