Lincoln in the Bardo

I received an ARC of this book courtesy of Harry Hartog Woden. It has one of those cool die cut designs where you can see an image through the “window” of the front cover, although this was not used in the final design of the book. As this was not my first George Saunders book, I gave it to my Dad to read first because I knew he enjoyed Saunders’ short stories. When my Dad gave it back to me saying he wasn’t able to finish it I was intrigued. This book was this year’s Man Booker Prize winner – surely it must be fantastic, right? I had to find out for myself. 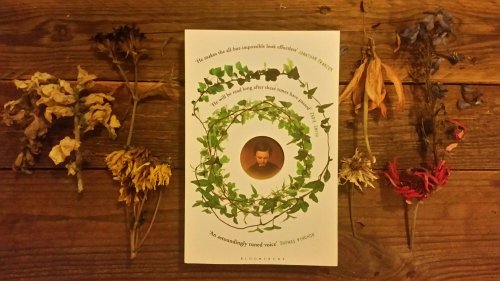 “Lincoln in the Bardo” is the first novel by George Saunders and is part historical fiction, part magic realism. Based on the events surrounding the death of Willie, the young son of America’s 16th president Abraham Lincoln, the story takes place on the night of Willie’s funeral. Distraught by the death of his son, Abraham Lincoln visits the body in the crypt where Willie is interred. However, unbeknownst to his father, Willie’s spirit emerges that night to mingle with the other souls who have not been able to move on to the afterlife.

The absolute first thing to say about this book is that it has an incredibly creative and refreshing narrative structure. The story is told by a chorus of voices, some of whom are ghosts encountered by Willie and some of whom are guests at the party thrown at the Lincoln’s house. The voices are sometimes complementary, sometimes contradictory and provide a multifaceted glimpse into the man that was Abraham Lincoln and Saunders’ concept of a limbo inhabited by ghosts who cannot move on. I found that the beginning of the story was very compelling. There was a particular scene where the guests were giving simultaneous yet contradictory descriptions of what the weather had been like that evening that I thought was a great comment on the fallibility of history and human memory.

However, it’s difficult to sustain such novelty and momentum in a novel and I did feel as though the latter half was neither as strong or as structured as the former half. While I found the gossipy exploration of Lincoln’s presidency and family life fascinating, the concept of the bardo – the space between life and afterlife – seemed as though it grew muddier as the book progressed. There were several confusing concepts, such as Willie’s peculiar susceptibility to being consumed by vines made of shrunken tormented souls. Although adding a sense of urgency to the plot, some of these aspects of the intermediate state in which Willie finds himself don’t make a great deal of sense. Why would the fate of a child’s soul depend on the conduct of the other souls he is surrounded with in the cemetery where his body is left?

For fantasy to allow the reader to effectively suspend disbelief, the author needs to set rules for their imagined world that are at least coherent, if not plausible. Saunders was making exceptions as fast as he was making the rules to his bardo otherworld and ultimately I found it hard to follow and therefore hard to immerse myself in. Other parts of the story, like the African American ghosts, seemed incidental and shoehorned in at the last minute.

I think this is absolutely a wildly imaginative book and Saunders is definitely not short on creativity. However, as in my review of “The Brief and Frightening Reign of Phil”, I think he can sometimes be either too blunt or too abstract in his story-telling. Would I have given this the Man Booker Prize? I’m not sure. I’ll have to read some of the other contenders and compare.

8 responses to “Lincoln in the Bardo”