Singaporean romantic comedy that pokes fun at the ridiculously wealthy

I had heard of this book a while ago, and meant to read it for one of my book clubs but didn’t quite get around to it. Then they made it into a film, and I thought – now’s the time. My mum had a copy and kindly lent it to me.

“Crazy Rich Asians” by Kevin Kwan is a romantic comedy novel set among the upper echelons of Singaporean society. When American academic Rachel Chu is invited to a wedding in Singapore by her boyfriend Nicholas, she thinks that it’s going to be a low-key, romantic trip where she finally gets to meet his family. However, Nick hasn’t been completely upfront with Rachel about just how wealthy, and snobby, his family can be.

This book is a self-indulgent romp. Kwan has a very funny, irreverent style of writing and has a real talent for capturing conversation and dialogue. He flexibly swaps between Rachel’s perspective, catty conversations and frenzied texting and seasons his novel with lush descriptions of almost imaginable wealth and opulence. Having been to a few extravagant weddings in Singapore and Indonesia, I have to say that some of his descriptions were not that exaggerated. I really enjoyed how Kwan explored some of the nuance of how people throughout the Chinese diaspora view one another, and how arbitrary and exclusionary class lines can be.

However, as fun and gossipy as this novel is, the main plot, which is told from the perspective of Rachel, does at times feel like its sole purpose was to facilitate Kwan’s anthropological study of the Singapore elite. She is a useful lens to examine these families and their behaviour, but from the first chapter to the last chapter Rachel does not change much at all and while there is no shortage of drama, it does feel like it comes at the expense of character development.

Nevertheless, it’s a very enjoyable book and one that would make a great holiday read. 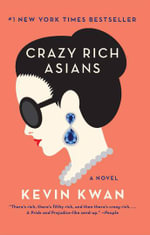