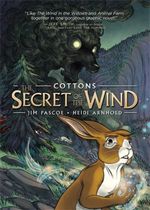 2 responses to “Cottons: The Secret of the Wind”