History of the impact of mosquito-borne disease on war 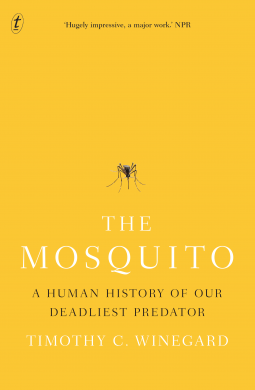 “The Mosquito: A human history of our deadliest predator” by Timothy C. Winegard is a non-fiction history of the influence mosquitoes and the diseases that they carry have had on humanity. The book encompasses ancient and modern history, and explores the devastating impact of diseases such as malaria on pivotal historical moments. To make sure you don’t think it’s a book about something else (like I did), this is at heart a military history.

I was really excited to read this book, and I loved the opening. Winegard connects with the reader through the universal experience of being annoyed with a mosquito, and provides a play by play of just exactly how the mosquito’s bite is so irritating. Winegard is certainly very knowledgeable about history, especially military history, and provides a thorough overview of some of the most well-discussed parts of Western history.

Although Winegard’s enthusiasm doesn’t wane as the book progresses, mine certainly did. I was expecting a lot more social and scientific history, and was hoping to read how mosquitoes had shaped our culture and progress. Every time Winegard touched on an area of scientific significance like the decision not to drain the swamps outside Rome until a ridiculously late time and how the mystery of mosquito-borne disease was finally solved, he glossed over the detail. Perhaps it was a question of confidence in the subject-matter, but I really wanted to know how these brilliant scientific minds figured out mosquitoes were the vector for malaria! I reread over that part thinking I’d missed something, but no – it just wasn’t of as much significance to Winegard, who was far more interested in how casualties from disease influenced the outcome of particular wars.

There were also some questionable and likely controversial parts in the book. Probably the most striking was the suggestion that the reason (or at least part of the reason) that African people were sold into slavery was because of genetic blood disorders like sickle cell disease made them more robust against malaria and therefore better workers in the Americas. I think that this would likely not stand up to academic scrutiny, and seems to minimise the reality of racism, greed and racist greed. Margaret Kwateng puts it succinctly in her 2014 paper on race and sickle cell disease: “studies today that try and attribute disparities between the races to genetic differences may be similarly searching for a way to explain inequity in a way that does not selfimplicate”.

A well-written book with some interesting and some challenging ideas by an author whose interests are fundamentally different to mine.

One response to “The Mosquito”