Cautionary tale about a lottery-winner’s fall from grace 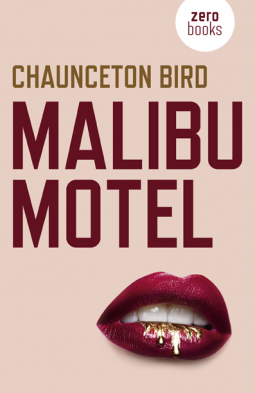 “Malibu Motel” by Chaunceton Bird is a novel styled as being based on the true story of a lottery-winner. The story follows Caish Calloway, living the high life in California happily spending their winnings on partying, property and cars and investing in ventures that go nowhere. When Caish hears about a particular opportunity, they are quick to invest and when the returns are good, Caish invests more. If it sounds too good to be true, it is, and Caish soon finds themselves with only a few million of their winnings left. Enough for most people to live on for the rest of their lives, Caish is in denial and refuses to abandon their life as a high-flier. Convinced that another win is just around the corner, Caish soon begins a slow slide into chaos, bringing many people down along with them.

This is a really interesting story about a unique but not impossible premise: how do you live your life after you win the lottery? Bird creates a character full of hubris who sees the win not as luck but as destiny and something that was earned through hard work and perseverance. However, Caish’s overconfidence and entitlement is ultimately their downfall and Bird explores how capitalism, materialism and even religion play a part in Caish’s undoing. One thing that Bird really excelled at was dramatic irony, and the audience can see Caish’s mistakes coming a mile a way. Bird also explores the mental gymnastics Caish performs to absolve themselves of any personal responsibility for their failings whatsoever. Anyone reading this will immediately be reminded of a Caish that they know. I really enjoyed that Bird added to the mystery and the universality of the story by withholding many of the personal attributes of his characters, in particular gender.

Without giving too much away, at the end of the book there are copies of official documents with identifiable information redacted. Initially I was a bit uncomfortable with them included, because I felt that it may have crossed the line into invading someone’s privacy by sharing such intimate information. However, I since read that Bird’s inspiration was actually another person which I think explains the strength of Caish’s characterisation. I think unfortunately in this case the thing that let the book down the most was the proof-reading.

Like a train wreck you can’t look away from, this is an immersive book about human folly that should absolutely be read while listening to this song.