Historical fiction novel about the chance to relive a life

This is one of those books that you buy because based on the little you’ve heard about it and the pretty cover, you’re certain you’re going to enjoy it. Sometimes books like this are cursed with waiting on the bookshelf for a long time because you’re never quite sure when the right time to read it is going to be. I guess I was in need of a good book, because I finally picked this one up. I read it a little earlier in the year, and there are quite a number of chapters that deal with the Spanish Flu, which, given circumstances at the moment, seemed like quite the coincidence.

“Life After Life” by Kate Atkinson is a historical fiction novel about Ursula, born into a well-to-do English family during a blizzard on 11 February 1910. Despite her family’s relative privilege, Ursula does not survive the birth. However, Ursula is reborn again during a blizzard on 11 February 1910 and this time she does survive. However, surviving life is no easy feat. Gradually, Ursula begins to vaguely remember things from her past lives and atrocities to come, and starts to wonder if she could prevent them altogether.

This is a beautifully written book that gently explores the impact that small decisions made in the moment can have on the rest of our lives. Atkinson also closely examines identity, family and what it means to be British. There is so much in this book, and it extremely well-executed. I adored the scenes with Ursula’s family, particularly her brothers Teddy and to a lesser extent Jimmy. I also loved how the family collectively disliked her older brother Maurice but included him in everything anyway. Her parents are fascinating characters, and at the end of the book, you find yourself wondering if perhaps there was even more to them than met the eye.

Fox Corner is a beautifully idyllic home that is a respite from the atrocities later experienced in the UK during the first half of the century. However, I also enjoyed how Atkinson shows that Ursula, in many of her lives, outgrows Fox Corner and her mother’s values that, while once progressive, are now conservative.

However, there were definitely parts of this book that I enjoyed more than others. While I certainly felt that each chapter had something to say, there were some chapters that were a little more slow and abstract than others without Atkinson’s knack for interpersonal relationships to drive them as they had the others.

Nevertheless, I was not disappointed at all in this book and I am very tempted to go and buy the second. 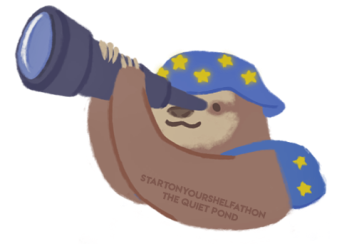