Collection of short graphic stories about love and intimacy

I picked this book up from Canty’s Bookshop recently. They have been getting in some great graphic novel stock, and this one caught my eye because the author is the same author behind “Blue is the Warmest Colour” that famously was made into an incredible film.

“Body Music” by Julie Maroh is a collection of short graphic stories set in the city of Montreal, Canada. Each story explores issues around love between two (or more) people, transcending gender, race and age. Some of the characters feature in more than one vignette, but each story is, for the most part, a standalone story.

Maroh is an exceptional artist with an honest illustrative style that highlights the beauty, the grotesque and the humanity that can be found in everyday life. Maroh has a natural flair for storytelling with each panel a quiet revelation of hope, pain, loneliness, and love. I really loved chapter 14, The Ghost of Illness, chapter 16, In the Heat of the Club. Sait Catherine Street East, and Charlene’s perspective in chapter 6, Fantasies of the Hypothetical. Maroh did an exceptional job depicting her characters with disabilities (which included a wheelchair user, a person who develops blindness and two men who use sign language), and presents sex as something awkward, humorous and tender. I also really enjoyed the diversity of bodies: slim, curvy, freckled, hairy.

While I felt that this was a beautiful book, I felt that there was something missing to tie all the stories together. Maroh is very committed to diversity, in theme as well as in her characters, but I think a side effect of this was that there wasn’t really a strong common thread to unite each vignette. Perhaps if she had intertwined the stories even more, and had more overlap between the characters and their experiences of living and loving Montreal, I may have gotten a stronger sense of the city itself.

A poignant and thought-provoking book full of excellent examples of the storytelling strength of the graphic novel genre. 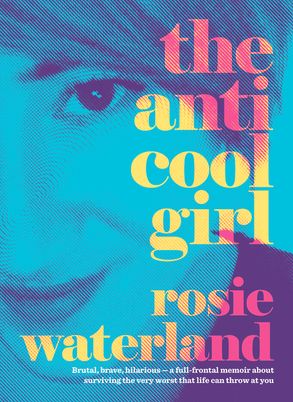 I received a copy of this eBook courtesy of the author, and I was very interested to see what it was about. Roy T. James is recently retired from a long and diverse career with the Indian Navy and has been writing at length about his thoughts and philosophies about the world and where it’s heading.

“More Hubs that Provoke” by Roy T. James is a short collection of essays about various topics that have piqued the author’s interest. This book ranges in topic from the modern role of politicians to predictions about the evolution (or demise) of humanity. James has a particular interest in the organisation of society, and a lot of his chapters explore the changing roles of caste, democracy and gender.

This book is clearly intended to be provocative, yet I was surprised by how many of James’ ideas I agreed with. I particularly enjoyed his suggestion that with a more educated public, political leaders are becoming less distinguishable from the general populace and therefore more redundant and easily replaceable with computer programs. James is an articulate writer with clearly reasoned arguments and this is a succinct and snappy book. The only one of his statements that I found myself violently in disagreement with was right at the beginning where he suggests that writing is an unnatural form of communication for people with insufficient social skills. Given he wrote this book, that may have been irony.

A quick, interesting and eloquent read with some novel ideas.

Clementine Ford is one of Australia’s most well-known feminists. A columnist for Daily Life, Ford has become famous for her acerbic and dramatic writing style and for unashamedly publicly drawing attention to the horrific online abuse she receives on a daily basis. She’s just published her first book, and as the set book for Feminartsy‘s Read Like a Feminist bookclub, it was solidly on my list.

“Fight Like a Girl” by Clementine Ford is her manifesto on feminism. Drawing largely on her own personal experiences and knowledge, Ford discusses topics ranging from eating disorders, sexual violence, online abuse, abortion and sexuality. Part memoir, part statement of values and part humour, this book chronicles Ford’s journey towards finding her brand of feminism.

I struggled with this book. About halfway through I messaged a friend who was reading it at the same time to discuss it. I couldn’t really figure out what I was reading. It wasn’t a heart-wrenching, beautifully written memoir like “The Hate Race“. Nor was it an immaculately researched, clear and succinct guidebook like “Speaking Out: a 21st Century Handbook for Women and Girls”. My friend said it sounded like I was having trouble with the structure, and I think that was exactly it.

This book is loosely structured by theme, but there is a lot of overlap. It reads like a stream of consciousness. While there were some interesting insights and vividly described memories, there were also a lot of blanket statements, vulgarity and humorous hyperbole. Although I agreed with a lot of what Ford was saying, I’m not sure this is a book I would recommend. I thoroughly agree with the right for women to be as gross and loud and human as they like, but this book kind of reminded me a bit of an art exhibition I saw earlier this year. A film had been playing of a one-armed man who was vomiting blue dye. I could appreciate the art, but after I while I simply couldn’t look at it any more. I appreciate that the language she uses represents the language in which she is spoken to every single day, but after a while this book became a bit too abrasive.

Thematically, I think some of Ford’s chapters were stronger than others. I felt like her arguments about abortion, her exposé of online abuse and the hypocrisy of being called a “man hater” were her strongest chapters. She really hit her stride and stuck a great balance between facts and feelings, and wrote convincingly and evocatively. In some of her other chapters she was a bit more laissez-fair with facts and sources.

I also felt like this book was written for a narrow audience: Ford’s fans. Ford is critical of men, ranging from white (ribbon) knights to to MRAs, and fair enough. Ford is also scathing of women who “don’t need feminism because…” and rightly so. However, it’s a little hard to figure out who this book is for. Instead of hooking people with urgent and heartbreaking empathy like Maxine Beneba Clarke, or with cool logic and by being informative without being condescending like Tara Moss, this book seems to be written for people who already agree with her. While I agree that it’s not the role of women generally to educate men on the overwhelming social benefits of gender equality (that’s what the internet is for), I think as a prominent feminist Ford could probably have used her writing a little more effectively to spread her sound and valuable messages – especially to other women.

There was a lot in this book, and it gave me some stuff to think about and a few chuckles, but mostly I felt like I was the choir being preached to. Ford’s columns are great in moderation, but a whole book’s worth of sexist slurs (regardless of the irony with which they were being used) was a bit overwhelming and ultimately, this book was a bit of a slog.