No spoilers. Well, mostly no spoilers except for my rant about LGBTIQ representation

When the script of this play hit the shelves nearly three years ago, I bought it immediately because while I knew it was showing in London, I could not fathom that it would possibly come to Australia within the next decade. How happily wrong I was! The third city to show this play is the city I was born in: Melbourne. Although I would already know exactly what the plot would be, I knew that I absolutely had to go see it. Basically as soon as tickets were released, I scoured through the dates to find one that would suit one of my best friends and veritably threw my money at the tickets.

“Harry Potter and the Cursed Child” is a play in two parts currently showing at the Princess Theatre in Melbourne. Written by J. K. Rowling, Jack Thorne and John Tiffany, the story is set some 19 years on from the ending of the events of “Harry Potter and the Deathly Hallows”, the last book in the “Harry Potter” series. To recycle the words from my review of the script, the story is centred on Harry Potter’s second son Albus, a troubled teen wizard who struggles with living in the shadow of his father’s fame. Albus is determined to forge his own path but things don’t quite work out as expected and in trying to fix them, Albus risks disaster and losing everything he cares about – including himself.

Now, given that I have already reviewed the script (and because I don’t want to talk about spoilers #keepthesecrets) I don’t want to go over the plot again. Instead, I’d really like to talk about the theatre production itself. To see the play in its entirety, you have to book tickets to both Part 1 and Part 2. The tickets are expensive, and each part goes for approximately two and a half hours, and it is absolutely worth it.

The Princess Theatre has been completely refurbished specifically for the play, and the entire theatre is full of gorgeous little touches like new carpet specially designed with H for Hogwarts, the windows of the entry embossed with H as well, light fittings, the school crest, wallpaper, the whole shebang. The wonderful ushers (decked out in Hogwarts house colour ties) were thrilled to tell me about how the venue has been rented for 3 years and the detail that had been put into the refurbishment.

That’s just the theatre! The stage design and special effects were absolutely second to none. It was abundantly clear where the money for the tickets was going. Every second of the play was full of the most incredibly magic. To be perfectly frank, I felt like there was more magic done with ingenuity, lighting, wires, stagehands and goodness knows how else they achieved some of the things that they did, than was in either of the new “Fantastic Beasts” films that had the benefit of digital animation. The things that they managed to achieve with props, costumes, stage design and at times the entire theatre were just absolutely incredible. The audience was in raptures the entire way through both parts of the play due to the sheer magic of it all. 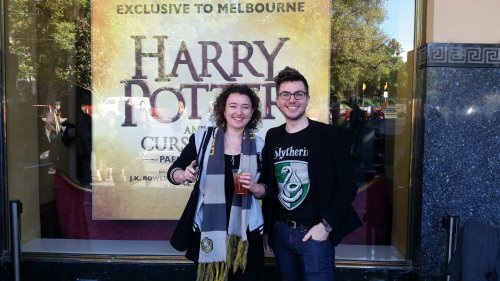 Now, the acting: I loved it. The standouts for me were Draco Malfoy’s son Scorpius, played by the inimitable William McKenna, adult Harry Potter, played to perfection by Gareth Reeves, Moaning Myrtle, played by the hysterical and completely OTT Gillian Gosgriff, adult Draco Malfoy, played by Tom Wren who brought a real sensitivity to the role, Madeleine Jones who plays new character Delphi, and Iopu Auva’a who played numerous characters and was a genius in each.

So: the story. As I said in my review of the script, there were definitely some issues with the story. Some of my issues with Ron (Gyton Grantley, known from his role in “Underbelly”) and Hermione (extremely experienced actor Paula Arundell) in the script were smoothed over by outstanding acting. The antagonist was just as unlikely as ever but did look very slick in costume and with special effects. Ginny was kind of terrifying, and Lucy Goleby seemed to be channeling some serious Molly Weasley in that role, but I liked that she was the voice of reason. Despite some of the slight continuity issues, I felt that most of the story was otherwise pretty reasonable, except for the queerbaiting.

If I felt that the queerbaiting was strong in the script, it was overwhelming in the play. During intermission, my friend and I were enjoying our Harry Potter themed cocktails from the bar (Hexpresso Martini and a Jinx and Tonic) and expressing our outrage about this very issue. We wondered between us whether perhaps one of the aspects of the whole #keepthesecrets campaign might be an express acknowledgement of a queer relationship, but alas. It was not to be. Instead we had plenty of winks and nods to what certainly appeared to be very suggestive of some queer characters, but without the courage (so lauded by a certain Dumbledore) that I would have expected of 2019, post-marriage equality plays.

Anyway, this is a long, expensive adventure that despite some questions in relation to the story was nevertheless absolutely worth every dollar and minute invested. The audience was applauding like absolute crazy at the end of each part, and I simply had a phenomenal time. If you get a chance to see this (rumour according to our friend the usher is that the Princess has been rented for 3 years), I would definitely recommend you do so. An incredibly immersive experience that I am not likely to forget any time soon. 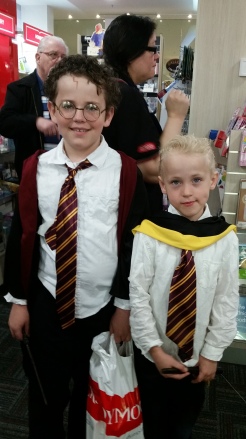 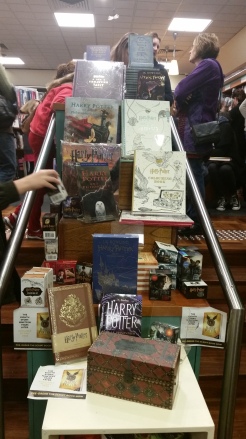 The Most Wuthering Heights Day Ever
Website
ABC News article

Filed under Lost the Plot