Soft on the Devil 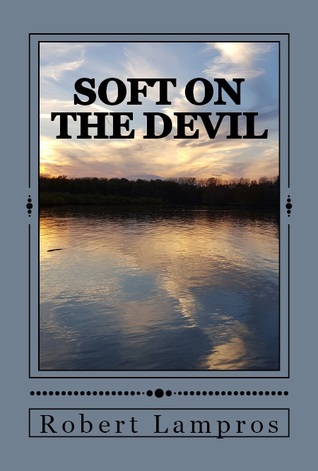 “Soft on the Devil” by Robert Lampros is a Christian mystery story about a young man called Ian. Ian lives a simple life – he lives by himself in an apartment, he works in a local cafe and he goes to church regularly. However, Ian’s life is turned upside down when his neighbour Cindy goes missing and turns up at his door a week later asking for help. When her body is found the next night, Ian decides to do his own investigating which ultimately brings him face to face with demons past and present.

I was a little uncertain about reviewing this book, but I thought I’d try to have an open mind and give it a go. Lampros is a confident writer who creates a likeable everyman character in Ian. As the story progresses, you learn more about Ian’s difficult past and celebrate with him as he achieves small wins in his work and budding relationship.

This is a quick and easy read. I think I only had two issues with the story. First, despite being a crime novel, it was left largely unresolved at the end. Secondly, despite the Christian themes and the otherwise matter-of-fact tone of the book, ghosts and visions were used a couple of times as plot devices.

All in all, a surprisingly enjoyable and insightful story in a genre I wouldn’t ordinarily read.