Mystery novel about a troubled author 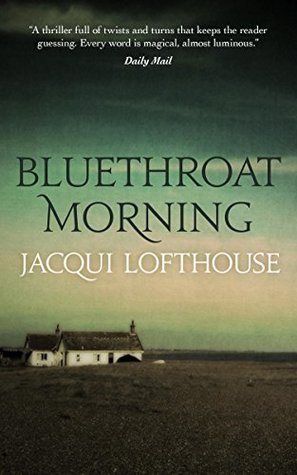 “Bluethroat Morning” by Jacqui Lofthouse is a mystery novel about a retiring schoolteacher called Harry Bliss who, six years on, is still mourning the death of his wife Alison. Haunted by her lingering fame as a model, as well as her suicide in a small Norfolk village while working on her new book, Harry is unable to face learning what happened to his wife. When he meets Helen, he is encouraged to visit the village and retrace Alison’s steps to try to understand her, and ultimately himself.

This is a quietly compelling book that explores a multitude of issues ranging from grief, fame, success, marriage, family, depression and what it means to be a woman. Lofthouse has a classic, almost gothic style of writing and juxtaposes the warmth of beauty and life against the cold, bleak backdrop of the Norfolk coastal village. I thought that the first half of the book was particularly strong, and I particularly enjoyed Lofthouse’s exploration of ethical boundaries and forbidden love. I also liked how Alison was portrayed as both otherworldly and human. I also liked that Harry’s indifference was examined as both a strength in his relationship with Alison as well as a weakness. By the end of the book, there was still an intriguing air of mystery around Alison, her life and her motives.

While I understand that the structure of the novel is sort of a quintessential tragedy, the action falling from the climax to the dénouement, I did find the second half of the book to be a little less gripping that the first half. While I understand that there is never a satisfactory resolution when someone has taken their own life, I did feel that some of the elements of the plot were at times a little difficult to connect with. I thought Harry was an interesting choice for a point of view character, and I think I would have liked to have seen a little more of some other perspectives.

A thoughtful and timeless book that explores familiar themes in a fresh way.