I’ve mentioned a couple of times a book club we kicked off at my work where we put together a list of books and everyone read as many as they could. There was a bit of a flurry of book lending, and this is another book I borrowed from a colleague. Unfortunately I hadn’t been able to see the author speak in Canberra last year, so I only had a general idea of what the book is about.

“Eggshell Skull” by Bri Lee is a memoir about a law graduate who wins a prestigious job working as an associate for a Queensland Supreme Court judge. Initially, Bri is focused on trying to do a good job, to not be intimidated by the other associates and to forge a positive relationship with the judge. However, as she is exposed to more and more criminal matters through her work, especially sexual assault matters, Bri finds it harder and harder to ignore the trauma of being a survivor of sexual assault herself. Increasingly disheartened by the daily reality of how rarely perpetrators are convicted, and constantly reminded of what happened to her, Bri finds herself drinking and her bulimia worsening. Eventually she realises that unless she reports the crime that happened to her and tries her luck in a system hostile towards victims, she will never be able to move forward.

This is an excellent memoir that approaches an extremely fraught area of justice from two unique perspectives: an officer of the court, and a victim of crime. By comparing these two experiences, Lee is able to shine a keen light on the barriers to people seeking justice via the courts and how substantial those barriers were, even for someone so literate in the justice system. Lee explains how the justice system expects a perfect victim and that how, even today, it is so common for victims to be blamed for the crimes committed against them. She particularly examines the impact his has on women, who are already known to be much more likely to experience crimes such as sexual assault and domestic violence than men. Lee also explains how unnavigable the legal system can be, how traumatising it is to have to have your story told and scrutinised over and over, and the stress of having to face your assailant in court.

At the very beginning of this book when I realised it was a memoir of a judge’s associate, I initially had a bit of an internal eye-roll. Having also been a law student (though admittedly a far more mediocre one than Lee), I’ll be honest – I was expecting a bit of a stereotype. However, I very quickly realised that any preconceptions I had were vastly misguided. Lee is incredibly down-to-earth and self-deprecating and has a real flair for explaining complex legal concepts in plain English that, to be frank, the legal sector desperately needs and will sorely miss. She is a very relatable narrator and as a reader, it is very easy to empathise with her desire to succeed, her struggle to overcome barriers and her journey towards a fulfilling career.

As an increasingly popular genre, I frequently reflect on whether the author has reached a balance of enough or too much information in their memoir. I think that Lee has the balance just right. She is unflinchingly honest about the impact her trauma has on her mental, emotional and physical wellbeing and details her difficulties with her eating disorder and intimacy in painful detail. However, sometimes you can tell a lot by what an author doesn’t say, and I felt like there wasn’t a superfluous sentence in the entire book. This is a book that deals with plethora of sensitive and private issues, and Lee carefully omits unnecessary personal details about the perpetrator, the judge she works for and family members while still providing strong characterisation.

I legitimately don’t have any negative things to say about this book and it is hands down the best book I have read this year so far. It is well-known that the justice system as it is is ill-equipped to deal with sexual crimes. While nobody has quite found the solution, Lee’s book goes a long way towards identifying the specific problems that the very well-educated and privileged people who often find themselves administering justice may not necessarily be aware of. 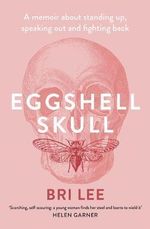